Gazing from a “certain” distance

At night, on my way back from walking my dog, I gazed at the area where my birth house used to stand, now a vacant site.
Already, there were no traces of the house, only the ground. Remind me again that it was built on a gentle slope, and as I walked around the back of the building, I could see the white sheeting covering the slightly elevated slope, which clearly showed the gradient of the ups and downs.

About a year ago, I was notified that the dilapidated house of my birth would soon be rebuilt.
I didn’t pay much attention to it, but as the demolition progressed, despite my initial feelings, I started going to the site every night after the work was finished.
Standing at the construction site during demolition, I felt a strange sensation as if I had entered the womb. The house of my birth, which would soon be gone, and the raw wreckage that lay scattered about, gave him the feeling that my accumulated time had been expelled.

Demolition of an old house, a very common event, gazed at while maintaining a “certain” distance.
When I take a step back and look at the familiar scenery from an objective point of view, I realize that it is only a figure of a certain period of time.
Harmonizes my personal memories and aspirations with the endless flow of time, and gives them form.
Keeps a “certain” distance in order to be involved without being one-sided in either direction.

I think that for a moment, we can meet the figures that appear and disappear in a space where we can no longer see up, down, left, right, in front of us, or in depth, and that do not stay, but are reflected in my eyes. 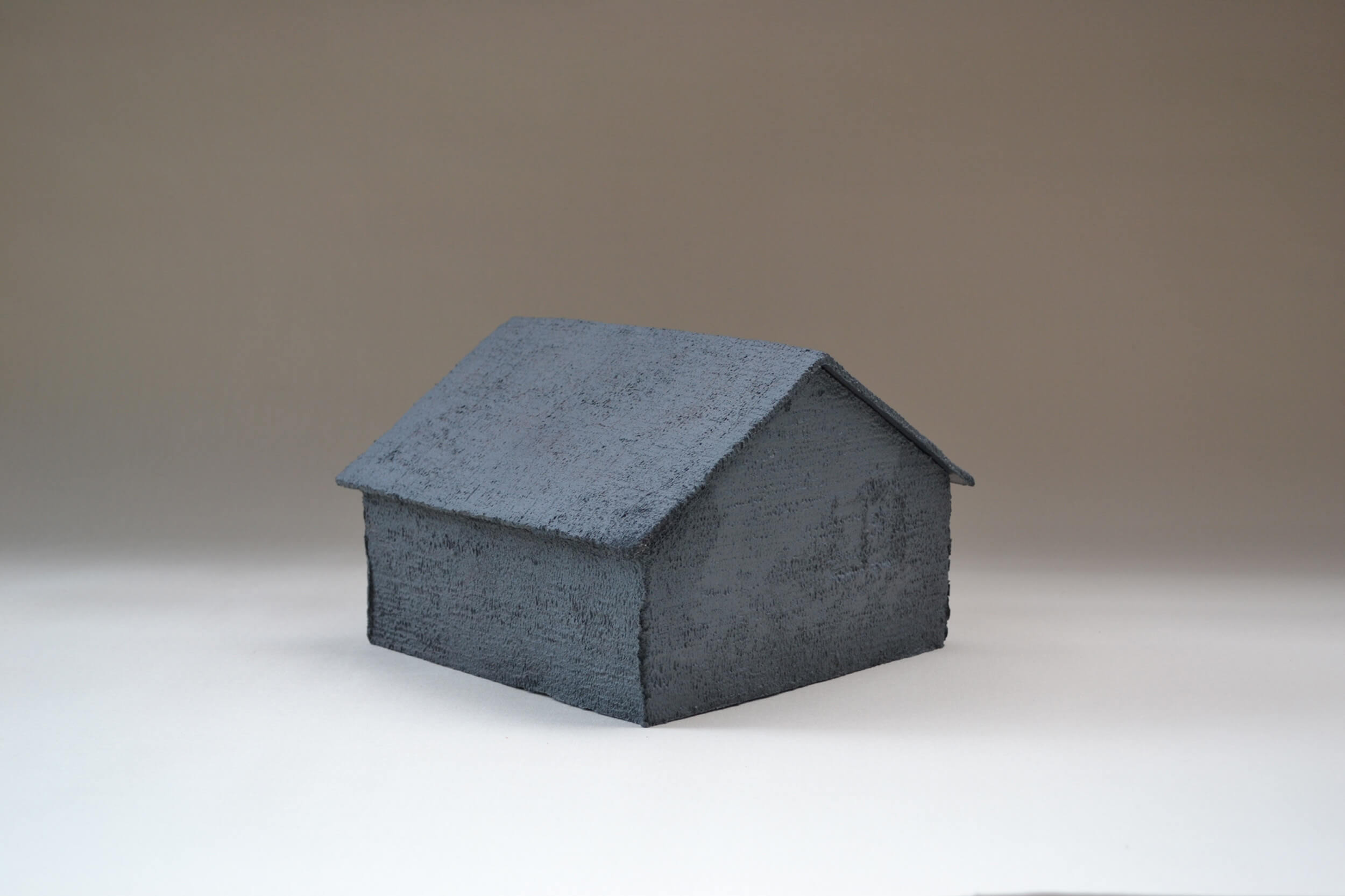